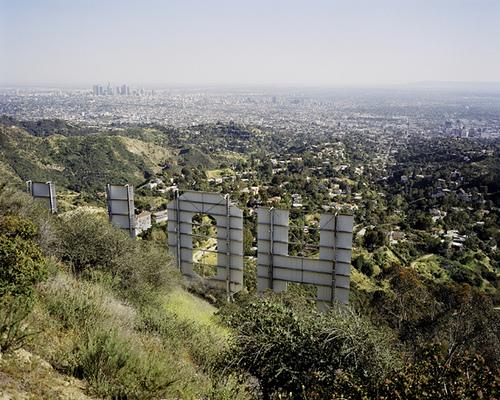 It’s once again time to share some of the testimonies we’ve received from supporters about why filming in Los Angeles matters to them.  When Film Works published the first “I Support Filming in Los Angels Because” post in March, we were struck by how many comments ran counter to the rumored perception that many Angelenos take the entertainment industry for granted, are blasé about film and television production and/or are cynical about notions of “Hollywood dreams” or the “magic of movies”.  The positive thoughts keep coming our way, and one thing is abundantly clear: to many in Los Angeles and California, Hollywood is still a place of dreams.  And more than a few supporters are sick of other states and nations causing runaway production and stealing that dream away from us all.

I support filming in Los Angeles because…

“Our role in the motion picture industry is integral in many departments and involves a wide variety of vendors in many industries. We support filming in Los Angeles for the simple fact of keeping Los Angeles working. Runaway productions are starving our talent pool and damaging our local economy.” — Picture Car Warehouse

“I loved coming here 15 years ago, and walking on the back-lots and watching people make movies and the development and the talent that’s here.  It was mind-blowing to me. So I want to try to preserve that in whatever way I can in California.” — Director Jon Favreau (DGA Member Profile)

“Filming brings families together. Filming is an escape to just about any fantasy you can think of whether it be in a deep sleep having a dream within a dream within a dream or in a galaxy far far away. Either way you choose to go the possibilities are endless. I’ve always wanted to be a part of the film industry, ever since I could remember, and be involved any way I could.  Seeing the sign at a bus stop and looking over everything on your site along with videos I know now more than ever how passionate I am about filmmaking and respect those who make my world a reel of emotions every time I see a film. I hope you never stop!” — Joshua

“This town was built on big dreams and they are still here!” — Aaron

“My father came to Hollywood in 1920 to work in “the business”. He was an actor, stagehand, animal wrangler. He loved everything about “moving pictures” and paid into CA economy and supported local southern CA filming.  My son, an aspiring actor, needs the supporting roles in films and TV to build his career and it is a bummer when actors are hired “locals” in other states/countries and won’t allow my son to work in a supporting role. It is really bad, too, that actors and crew can come to CA to work without a question but CA residents cannot work in other states or countries as easily, unless they’re lead actors.  Also, we as CA/L.A. residents pay a premium for everything to live here and pay for the privilege to work in this business.  We are the heart and soul of this industry — it NEEDS to stay here!” — C. Beaumon

“I moved out to pursue my dream in the film industry. I currently intern in the industry and I’m learning to write. I enjoy being the writer and director; in fact, my first short film won an award and the other was an official selection.” — Sareth N.

“I live in Long Beach. I’m from Brazil, graduated there in film school (FTC Scientific and Sciences university). I had a good job there, girlfriend, equipment and a name, but I came to L.A. because I believe in this place and above all: the values. We need to support the film industry here that helps people who really believe jn this. I’m not here for the money, I’m here cause I believe here is the place.  I want to meet new people, work on sets and give my blood to the industry.” — Joao C.

“With all respect to the great people of Louisiana, it would be nice to make a film or two in Los Angeles sometime… We have such great crews and diverse topography and every benefit of making a movie that comes with being in Los Angeles, so it would be fun to make one there, especially when it’s a movie about Los Angeles. That being said, you go where the work is.” — Aaron Eckhart about filming “Battle: Los Angeles” in Louisiana rather than L.A.

“I was born in east L.A. and proud of it.  It’s in the blood.  I come from a long line of writers, actors , filmmakers and artists that are natives to Los Angeles.  I myself have been involved in acting since I was twelve years old.  I took drama in high school, did extra work, acted in a commercial, and I’m now attending Los Angeles City College for film.  Making movies is a dream of mine,  and being born in Los Angeles I feel is grass roots for film making.  So keeping jobs in movies and making movies in L.A. is important to every filmmaker, whether they are Steven Speilberg or Martin Scorcesse.” — Nicholas W.

“[Think of] the role it plays towards people, businesses, as well as the environment. Sometimes, people just want to escape their own lives and learn about others’ lives in order to entertain them. Through film a person can have the opportunity to let go of reality of life and expand their imaginations instead. Moreover, through filming in Los Angeles people can get their voices heard and points of view across.” — Eirit S.

“There are tons of emerging film makers and people who have worked hard to hone their craft or learn a specific trade for the love of film and making them that need work. Film in L.A. is important. It’s important because it has had (and will continue to have) an immense effect and influence upon our culture, our imaginations, and our need to escape or live vicariously through memorable characters and stories.” — Scott S.

“I do like to have a good environment on the se,t and especially work with people that look at it [their work on films] as a career, not as a job.” — Director Micheal Bay (Director’s Commentary, Transformers)

“There are several locations, productions, crew, and cast members that live in the L.A. area that have dedicated their lives to making motion pictures for the world to see. I want to help keep jobs here for us to keep working.” — Jessica

“Los Angeles is the center of the film universe. It is the place people dream of when they think of the film industry. We need to keep Hollywood in Hollywood!” — Taylor