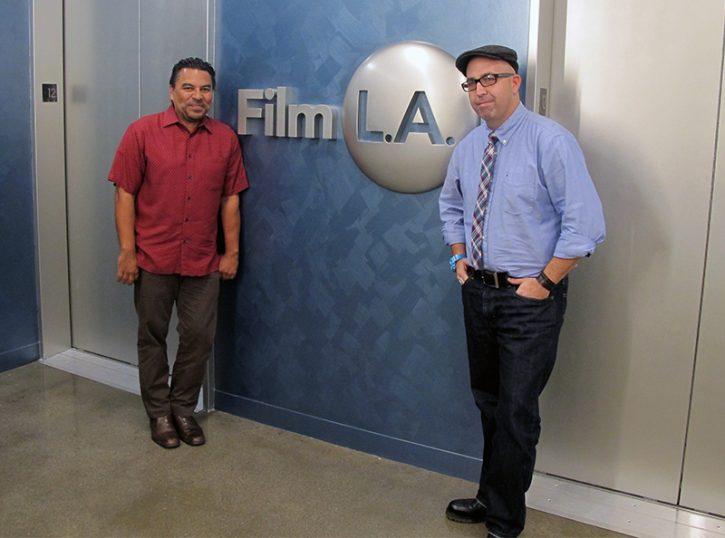 Guy Langman, a Modesto CA native, retired from the U.S. Coast Guard in 2013 after 20+ years of service to his country.  As a permitting and safety review official with the Coast Guard, Langman was responsible for overseeing filming and special events permits for the coastlines of Ventura, Los Angeles and Orange Counties. Awarded a 2012 California On Location Award for service to the film industry, Langman has worked extensively with location managers and local communities on large scale projects such as: Dexter,  True Blood, Pirates of the Caribbean, X-Men First Class, Inception and Captain America: The Winter Solider.

Asked about how he views his new role, Langman replied, “I have an eye for small details. The work we do with local communities is akin to the structure of a ship. Film supportive communities are the backbone or “keel” of a much larger structure, which is the local entertainment economy.”

With close to 20 years of local government and community organizing experience, Arturo Piña brings to FilmL.A. an appreciation for the delicate balance we aim to strike in coordinating filming.  Ensuring that all parties are provided with a positive experience is key for Piña. A Los Angeles native, Piña previously served as District Director in the Office of Los Angeles City Councilmember Bill Rosendahl in CD11, where he worked with FilmL.A. on neighborhood filming issues.  Prior to that he played a major role in the development of L.A.’s Neighborhood Council system.

Asked about his ambitions at FilmL.A., Piña offered, “I’m looking forward to utilizing the tool box I filled throughout my years in public service.  Bringing balance to meet the needs of our neighborhoods and our film crews, while deepening FilmL.A.’s community involvement are challenges I welcome.”

Piña and Langman will take over where Smith left off, working collaboratively to help FilmL.A. build and maintain relationships with local residents and business owners.

Langman and Piña will also assist with the execution of FilmL.A.’s Outreach and Education initiative, a role that – at minimum – will involve surveying neighborhoods to understand local opinions regarding filming and using Film Works and other tools to educate communities about filming’s importance.

FilmL.A.’s vice president of integrated communications, Philip Sokoloski, signaled high expectations for the pair.  “We were pleased to find two highly accomplished, driven individuals with an authentic passion for the film industry and community service. Helping film production thrive in Greater Los Angeles is our goal, and there’s no question that we need the community’s support to make that happen.”