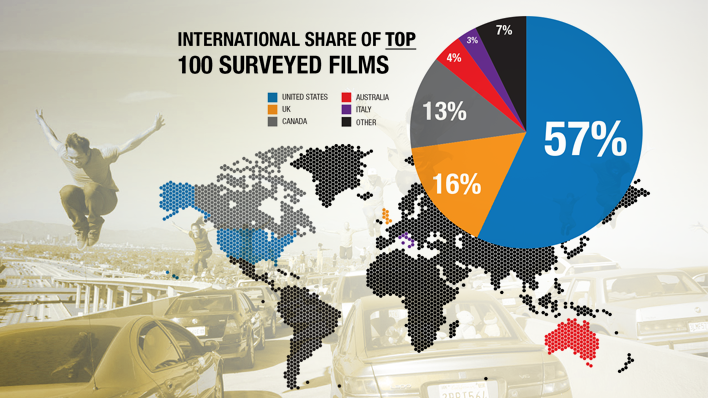 This month, FilmL.A. released a new report prepared by its research division. Employing a new sampling method, the 2016 Feature Film Study analyzes the 100 highest-performing U.S. feature films released theatrically last year, identifying where they were filmed and how much was spent to produce them. The report also examines California’s top competitors and four-year trends in feature production yield.

In terms of project spending, the 12 projects that filmed in California brought an estimated $851.2 million in total production spending to the state, a second-place finish behind the study-leading United Kingdom, which attracted $1.1 billion in production spending.

Despite its competitors’ success in attracting new feature projects, California remains the world’s top film & television production center.  With over $30 billion in direct spending annually, the volume of film production activity in California is more than New York, Georgia, Louisiana, the UK and Canada combined.

Some of the report’s other findings include:

To download the 2016 Feature Film Study, please register below to receive a link.

Previous studies can be downloaded on our research page.