Out of those 173 pilots, a total of 68 projects (22 Dramas, 46 Comedies) were filmed in the Los Angeles region, yielding an estimated $303 million in production spending.  Despite a slight drop in overall pilots produced since last year, Greater L.A.’s share of overall pilot production by project count remains unchanged at 39 percent.

“Despite this year’s smaller crop of pilots, Los Angeles’ television industry is robust,” noted FilmL.A. President Paul Audley. “With so many projects under way, California is home to more scripted series than its top five competitors combined.”

“When it comes to television, L.A. production has never been stronger,” said Los Angeles County Supervisor Sheila Kuehl. “This report demonstrates that L.A. is still the place to shoot, whether you’re producing pilots or series. And as a former actress, I am well aware of how many jobs each and every one of those episodes generates.”

FilmL.A.’s report closes with a discussion of live action scripted series production in California and beyond.

By FilmL.A.’s count, there are 173 series currently in production in California, out of 426 sampled series currently in production across network, cable and digital distribution channels.  That includes 62 Los Angeles-based drama series, 30 of which receive the California Film & Television Tax Credit.  Taken together, California-based incentivized series will spend an estimated $1.72 billion during the present season.

“If you grew up in Detroit, someone on your block worked for a car manufacturer or owned a business where autoworkers spent their paychecks. Here in L.A., the same goes for our entertainment industry — it’s the bedrock of our middle class,” noted Los Angeles Mayor Eric Garcetti. “Today’s report further demonstrates the importance of our California Film and Television Tax Credit, which is keeping production where it belongs — in Los Angeles — and making our city home to more scripted television than its top competitors combined. We’re hearing a lot of good news from the entertainment industry, but we have to keep investing in our middle class — and that means restoring our market share of pilot production.”

The 2017 Pilot Production Report, along with other reports from FilmL.A. Research, is available for download here (registration required): https://www.filmla.com/our-services/research/ 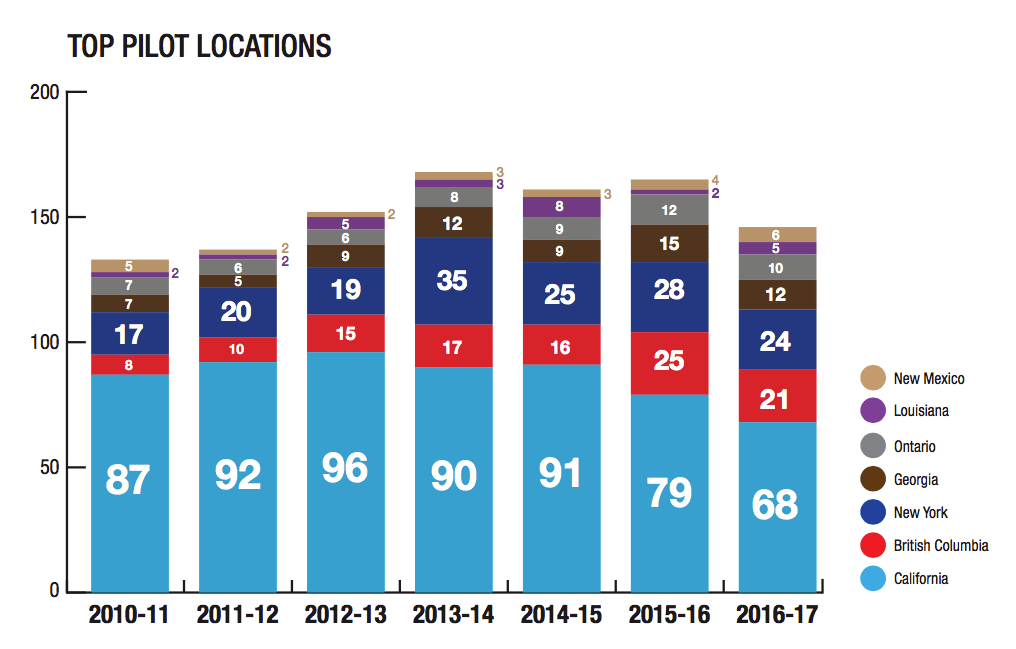 To read the full report, register for our research updates.