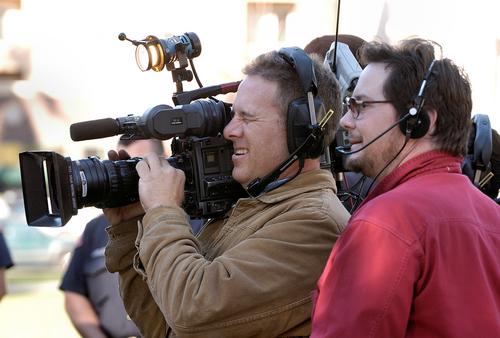 Last year brought both good news and a disconcerting surprise for those who work in Los Angeles’ film and television industry.  Overall, on-location production increased 4.2 percent in 2011 compared to 2010 (45,484 PPD in 2011 vs. 43,646 PPD in 2010), but the gain conceals a troubling emerging trend in local TV production.

A dismal fourth-quarter showing caused on-location television production to drop 2.7 percent in 2011 as compared to the year before (17,349 PPD in 2011 vs. 17,833 in 2010).  The “bread and butter” category continues to drive 38 percent of total on-location filming, but the mid-year loss of ten new one-hour primetime dramas to other jurisdictions, notably New York, delivered a double-digit fourth-quarter hit to category totals.

On-location Feature production increased 5.7 percent for the year (5,682 PPD in 2011 vs. 5,378 PPD in 2010). The category managed modest growth for the year, despite a drastic decline of 26.4 percent in Q4. The California Film & Television Tax Credit Program did its part to keep Features in positive territory in 2011, as state-qualified Feature projects generated 652 PPD in the L.A. region last year — 11.5 percent of the annual total.

FilmL.A.’s overall production figures are still below levels seen prior to 2009, at which time the L.A. region saw a precipitous year-over-year production crash.

“While we are relieved to see annual gains in overall production days, we cannot take any growth for granted,” said FilmL.A. President Paul Audley. “We must fight to keep and attract more feature films and high-value television series to keep our vendor companies and crews working and our region’s economy afloat.”