The California On Location Awards (COLAs) is the premiere awards program saluting location professionals for demonstrating professional excellence while working on location in the State of California. Hosted by the Film Liaisons in California, Statewide (FLICS), COLA salutes Location Managers, Locations Teams, as well as City, County, State and Federal public employees for their efforts to assist filmmakers working in their respective areas. To date, COLA has bestowed over 300 honors.

L.A. based projects received a number of honors at this year’s COLAs. Local winners included Rick Schuler, Location Professional of the Year for Features for “ChiPS” and his entire location team. Michael Wesley was named Location Manager of the Year for Independent film for NETFLIX’s “Mascots.” The location team for “The Circle” took top honors in the Location Team of the Year category for Independent Features. The award for Assistant Location Manager of the Year in Features went to Tristan Dauossis for “La La Land” for Lionsgate.

“Congratulations to the FLICS for hosting another wonderful COLA program,” said FilmL.A. President Paul Audley. “Many FilmL.A. staffers were mentioned from the stage as honorees accepted their awards, and we were thrilled to have played a supporting role on these excellent films and television projects.”

This year, the COLA’s Signature Award honor was given to Amy Lemisch, Executive Director of the California Film Commission.

In her current capacity, Amy Lemisch oversees all of the state’s efforts to facilitate motion picture, television and commercial production. Ms. Lemisch is the state’s leading advocate for educating legislators, production industry decision makers and the public about the value of filming in California. To that end, Ms. Lemisch was instrumental in the creation, passage and implementation of the original California Film & Television Tax Credit Program and the newly revised program currently in effect.  The California Film Commission administers the program.

“FilmL.A. congratulates Amy Lemisch for receiving the Signature Award for statewide leadership from the FLICS. The partnership between FilmL.A. and the California Film Commission is a most valuable asset. We appreciate all the work that Amy and her team at the CFC do to keep California’s film industry alive and thriving,” Audley added.

Our congratulations go out to all COLA nominees, finalists and winners for 2016, and also to FLICS for producing yet another fine event. 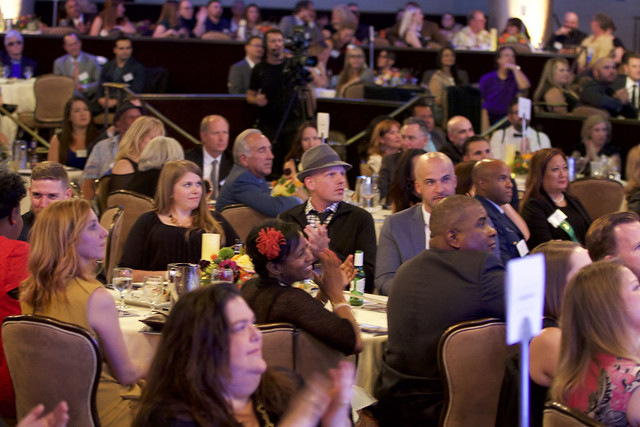