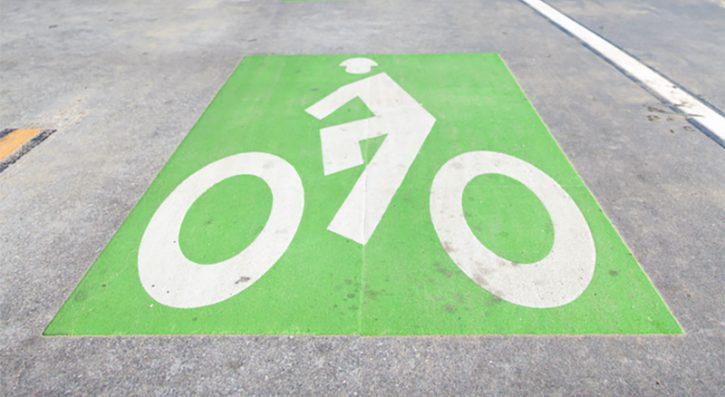 Recently, Los Angeles City Hall devised a plan to create a network of safe bicycle lanes throughout the city. Last autumn, using federal funding, the City created a new bike lane downtown on Spring Street. The federally-supported lane was painted a government-mandated shade of iridescent green in order to distinguish the lane from those used by cars.

The filming community, for which this stretch of Spring Street is an important asset, was caught off guard by the lane and expressed concern about the lane’s visual appearance and location. FilmL.A. shared with City planners the industry’s concerns with the Spring Street lane, initiating a round of positive dialogue between entertainment industry representatives and city bicycle advocates.

Since then — and rather unfortunately for all involved — some online news outlets chose to report that the filming and bicycling communities are locked in conflict over the Spring Street lane’s existence. The truth is that the City of L.A., bike advocates and entertainment industry representatives are now working together to ensure balanced citywide use of public rights-of-way. Moreover, this effort has already begun to bear fruit.

First, as a result of this new dialogue, the City’s transportation department has adopted a new policy allowing bike lanes to co-exist alongside curbside parking lanes accessible to filmmakers with valid film permits. Previously, City policy was so inflexible as to allow only one use or the other, which effectively locked filmmakers out of filming on one of the most sought-after streets in the city.

Additionally, LADOT has offered to leave color out of its plans for other bike lanes planned for historic downtown. This compromise preserves the traditional visual character of these streets while adding new bike lanes and keeping the City in compliance with federal regulations.

So, just to clear the air and the record — neither FilmL.A. nor the film industry opposes bike lanes! Our only interest is preserving access to city resources for the mutual benefit of all Angelenos.