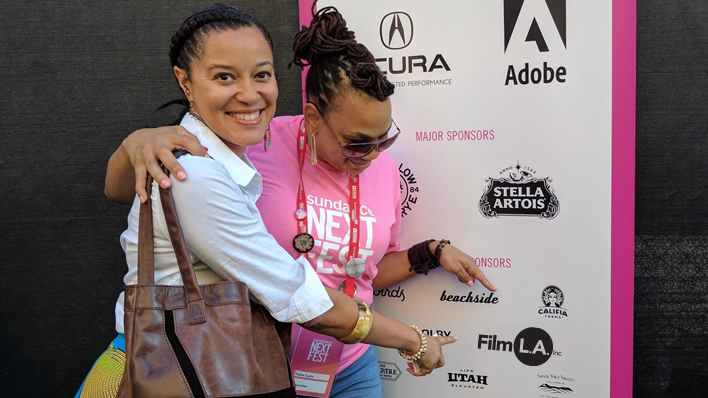 In August, downtown’s Ace Hotel and Theatre hosted the 2017 Sundance NEXT FEST August 10th through 13th. Sundance NEXT FEST is a summer festival celebrating film, music, and the work of independent filmmakers. 2017 marked NEXTFEST’s fifth year and FilmL.A.’s fourth year as a Sundance Institute partner.

NEXT FEST featured a handful of bold new films, previously screened at the 2017 Sundance Film Festival in Park City, Utah. Each film screening was paired with a special musical performance or a Q & A session with filmmakers and the luminaries that inspired them.

This year, Sundance NEXT FEST hosted a “Conversation With” series presented by FilmL.A. The first installment featured the director of Selma, 13th and A Wrinkle In Time, Ava DuVernay in conversation with Justin Chon, director, writer and start of the film Gook, which screened immediately prior. Gook is a friendship story set against the 1992 Los Angeles riots; the film won the NEXT Audience Award at the 2017 Sundance Film Festival.

For a second consecutive year, NEXT FEST featured an event space for ticket holders, adjacent to the main event space. In this area, attendees were able to mingle with filmmakers, and enjoy music, food, games and other events. FilmL.A. staff were on hand to network and celebrate independent filmmaking in the Greater Los Angeles region.