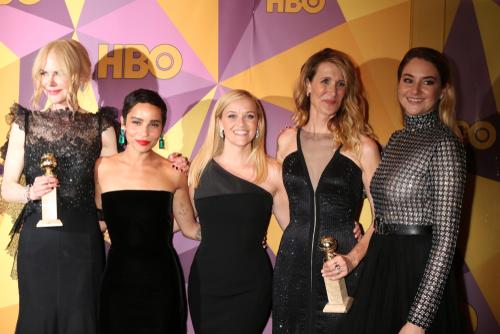 Los Angeles based film and television projects fared well at the 75th annual Golden Globe Awards which aired Sunday evening. L.A. based film and television projects received 35 total nominations in a variety of award categories, including Best Actor in a Motion Picture, Best Actor in a TV Series, Best Limited Series and Best Animated Feature. In all, local performers … END_OF_DOCUMENT_TOKEN_TO_BE_REPLACED

Earlier this month, the Hollywood Foreign Press Association announced the nominees for the 2017 Golden Globes.  And in all, Los Angeles based projects received 35 total nominations! Leading in Golden Globes nominations was LaLa Land with seven nominations including Best Motion Picture.  The nomination for Best Performance by and Actor in a Motion Picture – Musical or Comedy went to … END_OF_DOCUMENT_TOKEN_TO_BE_REPLACED