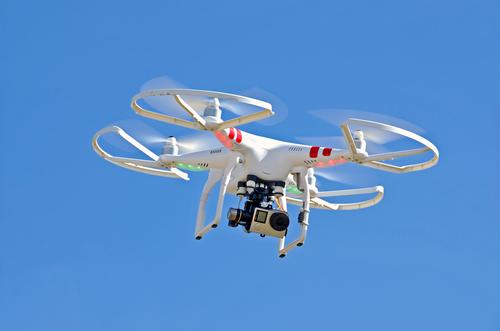 Today, the Federal Aviation Administration (FAA) announced that it will allow the restricted use of unmanned aircraft systems (UAS) — or “drones” — on film and TV shoots involving a select group of six aerial photo and video production companies.
The FAA granted the regulatory exemptions as the first step to allowing the film and television industry the use of unmanned aircraft systems (UAS) in the National Airspace System. The FAA will permit the use of unmanned aircraft under the stipulation that all associated safety issues be carefully considered and hazards are properly mitigated.
Today’s announcement applies specifically to exemption requests made by these six companies: Astraeus Aerial, Aerial MOB, LLC, HeliVideo Productions, LLC, Pictorvision Inc, RC Pro Productions Consulting, LLC dba Vortex Aerial, and Snaproll Media, LLC. The FAA reports that another 40 requests for exemptions are pending.
The decision exempts approved firms from regulations that address general flight rules, manuals, maintenance and equipment mandates. Exempted firms had to demonstrate to the FAA that their UAS operations would not adversely affect safety, or would provide at least an equal level of safety to the rules they sought exemptions from.
Among other requirements outlined on the FAA web site, exempted operators must hold private pilot certificates and keep the UAS within line of sight at all times. UAS must be flown at speeds below 50 knots and below 400 feet above ground level. UAS are also required, generally, to maintain a distance of 500 feet from all film production personnel.
FilmL.A. is now in discussion with permit approvers regarding the implementation of the FAA’s ruling. Should you have any questions about the use of drones on film shoots, or for answers to production related questions, please contact FilmL.A.’s Production Planning Department.