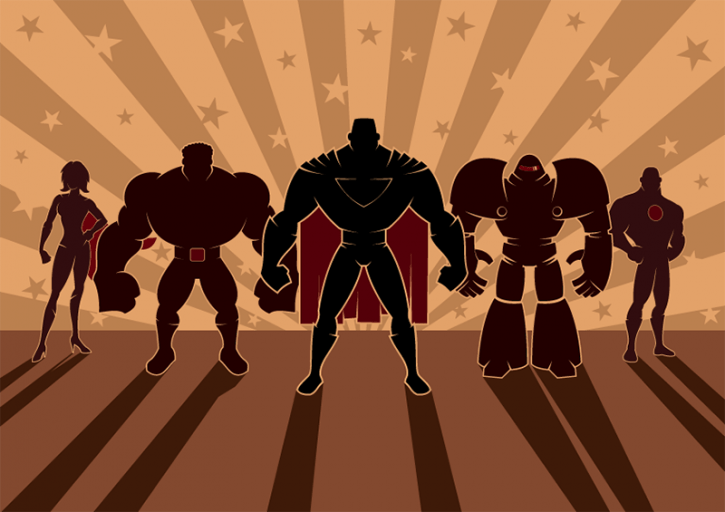 Think about your favorite comic book characters and comic-inspired films.  Take a second and try to remember — where were those films made?

If you took the all-too-easy path and guessed Hollywood, you’d only be half right.  The truth is that comic-inspired blockbusters are made all over the world, and since 2003, only a handful of these lucrative big-budget projects have filmed in Los Angeles.

With Comic-Con International in town this week in San Diego, FilmL.A.’s research department thought it would be interesting to take a look at where top comic-inspired films have shot over the years.  To find out, we took the the genre’s top 40 box office champions and checked them against our records and other databases:

As it turns out, thanks mainly to the Spider-Man and Batman franchises, Los Angeles has seen a decent amount of superhero action.  Los Angeles was the primary filming location for 15 of the 40 comic book movies in this study.

However, a closer look at the data shows that half of the L.A. comic book films were shot in 2003 or before.  In other words, Los Angeles hosted a bigger share of total comic-inspired projects before domestic film incentive programs came on the scene.  Louisiana and New Mexico introduced Canadian-style programs in 2003.  L.A.’s been fighting for every big feature project ever since.

Given that comic book movies are often mega-budget tent poles, the loss of a single comic book film can have dire economic consequences for Los Angles and California.  For example, 2011’s Green Lantern shot in Louisiana (with VFX work performed in Vancouver and other international locations).  The film had a budget around $200 million.  According to research by the Los Angeles Economic Development Corporation (LAEDC ), had it filmed in Los Angeles a movie of Green Lantern’s scale would employ over 2,400 Californians, have an economic impact exceeding $470 million and generate more than $27 million in state and local taxes.

“Convincing producers to bring comic projects to Los Angeles is the most important step,” noted Paul Audley of the report and the trend. “Once they’re here, filmmakers appreciate what they’re able to accomplish with our help and that of our regional partners.  From aerial activity to freeway closures and challenging stunt work, you can do it here.  We love it when comic book movies film in Los Angeles, and we’d love to see more of that kind of work return.”